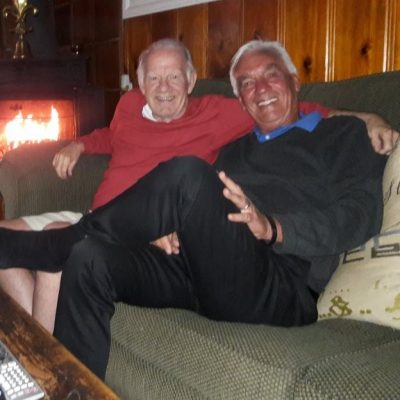 George, as you well know, I’ve spent almost 49 years in radio and most of the time I loved it, I loved the business, the people and I loved our listeners.

Me too Bob but unfortunately we were having so much fun that the years went by too quickly for my liking.

I’ve listened to the radio business slide into mediocrity, sure it still has listeners, plenty of them. There are fewer every year and the entry level listener, the kids, the teens aren’t listening anymore, at all. Why should they, there is nothing there for them.

Hell Bob, my daughter Cami is 22 and when she’s back home from college she seldom puts the radio on. My grandson Nathaniel who lives in LA is 13 and unless his Mom has the radio on in the car, he never listens.

I read the broadcast media, blogs. What I read is excuses, people looking for “one neat trick” or an “amazing hack” to turn things around. What I read most often is from people in a defensive posture, muttering “but, but, but…”

I hear you, Bob, it’s all about saving money now like that’s some kind of a righteous cause. As you have said many times, radio is going to die if it doesn’t get some new cume and that new cume can only come from teens. However, radio is so busy saving money it is doing nothing to attract teens so they’re not listening. Nielson even tried their best to help out by adding 6+ to the figures hoping to keep the diminishing cume shored up. Bob, if teens aren’t listening, what do you suppose the odds are that some six-year-old kid is?

I spent (wasted) a couple of hours last week listening to WLTW in New York, it’s the number one rated station, it was terrible. The guy on the air is required to open the mic about 4 times an hour and he couldn’t even sound like he was interested. It was hotter than the hubs of hell in New York last week and he never mentioned it. The only New York thing he talked about was a swarm of bees around a hot dog cart…he read it off the internet. I know he did, I checked. I could go on, but I won’t.

You would think there would be a ton of things to talk about in New York, if not there, where?

Geo, not only is afternoon drive terrible, the entire station is, I listened around the other dayparts the next day. WLTW is being threatened by classic hits WCBS FM, and their reaction to them is to play one LOUD song an hour, think that’ll work on an AC? Maybe that’s their “one neat trick”? Now the defense of WLTW by radio guys is going to be, “gee that’s not fair, you only listened for a couple of hours.” You know what? That’s all you get. If somebody tunes you in for the first time and the station sounds bad like WLTW, That’s your only chance that you get with them, no excuses.

Exactly Bobby. I remember once visiting our old friends the Duffy Twins on Florida’s west coast for the weekend. When Linda picked me up at the airport, she excitedly said, “Hey they’ve been running some commercials on TV about a new radio station in town, let’s check it out.”

It turned out to be an oldies station which she loved until we turned a corner and a little static showed up. She immediately turned the radio off saying, “Oh the station must be from out of town.”

I remember when we were working together and I was programming our station in Boston and whenever the big guy flew in I had to pick him up. As soon as he got into the car, he’d immediately turn on the radio and if the first break was bad, I knew I’d be getting my ass handed to me. Was he fair? Yes, and it made me a better PD, a lot better. However had my station sounded as light as LITE-FM, he probably would have dumped me in the harbor or wherever Whitey Bolger dumped his bodies? Hey Geo, how about your fun rides with him to work and home every day?

I hated those rides! Every morning he’d pick me up at 8 and we would listen to the AM going in and the FM coming home and the following day the reverse. What are the odds do you suppose that anything could go wrong during those fun rides? Did it make me a better programmer? Absolutely. Was I a fun person when I finally arrived at the station? Absolutely not.

So is it fair to judge a station by listening to one break or for “only a few hours”, hell yes it is. The audience will give you one shot, you better be ready and make it count. Thanks for the read, now get back into your defensive crouch and keep on searching for that “one neat trick.”

Hey Bob, let’s do a bunch more of this, there’s gotta be a decent station out there somewhere? In fact, let’s do LA next, hell, not only is it the showbiz capital of the world, but it’s also America’s number one radio market. How could it not be great?

Dear Nathaniel, Hey, buddy, your graduating from middle school this week brought back the memory of your Ra Ra doing...