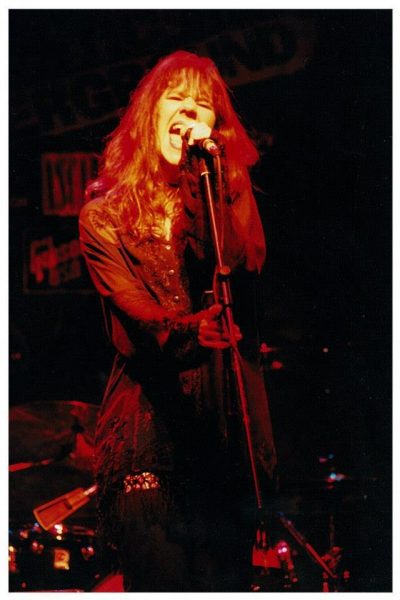 While growing up in a suburb of Winnipeg called Transcona, I was in a Rock & Roll band called the Jury.
However, when my daughter Candis was born, I left the band hoping that the radio business would offer a little more stability.
Unfortunately, the only way you become successful in the radio biz is by moving, so when Candis was only six months old, we left two sets of grandparents behind and headed for Saskatoon.
From there, it was off to Sudbury, Ottawa, Toronto, then down to Indianapolis where Candis started school and off to San Diego when she entered Highschool
Oh, did I forget to mention that she could sing before she could even talk?
We were pretty happy in Indy and doing well, but ever since I was a kid, I had dreamed about living in California someday, so as my fortieth birthday approached, I said, “If not now, when?”
Pretty soon I was dragging my family to San Diego where we enrolled Candis in Coronado High where she adapted rather well because not only was she the freshman of the year, she was also the lead in most of the school musicals.
After finishing High School in France, she was off to NYU in New York before transferring to UCLA in Los Angeles a couple of years later.
While studying at UCLA she began writing songs and singing them at famous places like the Roxy, (pictured on top) the Whiskey (in the middle), and the Troubadour on the bottom.
Next, she recorded an album. (You can click the link at the bottom of the page to hear a song that she recorded about her mom and me)
During this time, occasionally we’d go back to Winnipeg to visit and one of those visits, Candis and her cousins decided to go to a Karaoke bar to do a little singing.
Once there, they put their name on a list and patiently waited. When it was finally their turn to sing, Candis let her cousins shine.

As the night wore on, I began to notice that three people were up there so often, it was difficult for anybody else to get their turn. They were decent enough singers who also brought some fans with them which made them appear to be mini-celebrities.
Finally, tiring of their mic hogging, I said, “Candis, get up there and smoke ’em, honey”.

When it was her turn to sing she sang Patsy Cline’s “Crazy” and blew the room away. However, some folks sitting at the next table said, “Oh yeah, she’s good but I hear that she’s from LA.”
I of course couldn’t help but turn to them and proudly say, “Yes, you’re right, she is from LA, but she was born in Transcona.”
GEO’S LIFE-LINERS

You may only be one person away from something wondrous happening.

It used to be that a movie got an R rating if it had any Sex, Violence, Nudity, or Bad Language in it, but now they’ve added smoking.

Speaking of smoking, if even the movie industry considers it bad enough to give it an R rating, how come the government hasn’t noticed it being bad? Surely it can’t be those giant checks from the tobacco industry that’s blinding them?

Sometimes, it’s hard to distinguish between what’s just opinion and what’s a learned experience. An opinion is usually louder, though.

What if we didn’t love large breasts? What then? They’re tough to hide.

One of the many bad things that can happen to you in life is reaching your goal. You probably aimed too low.

The media no longer reports the news; they create it.

You’re gonna need a sense of humor if you ever have to manage people.

Having enough time to accomplish anything is almost impossible, so waiting for something to happen is a complete waste of time.

Jesus, are there any filmmakers in Hollywood left who don’t have liberal agendas? I’m getting bored.

Speaking of Jesus, I loved John Lennon, but when he claimed that the line, “Christ You Know It ain’t Easy,” was meant as a prayer, I thought, “C’mon John!”

Doug Erickson: Loved that, George. Thanks for sharing. (Corona Special Edition
Geo: Thank you for the read, Doug. The New Righteous Brothers knocked me out.

Jerry Keifer: Bucky is a great replacement for Bobby Hatfield…Thanks, George for sharing… (Corona Special Edition)
Geo: I agree with you, Jerry, he can really get up there.

“Reminds Me Of Me” – Candis Johns

CFTR in Toronto was the start of it all They even made me the Manager but America called As I...