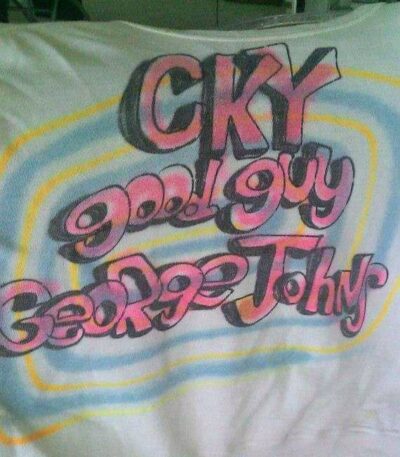 In part 1 of “Character!” I was talking about how I loved listening to the fun characters on the radio when I was growing up.
Then after working with a few of them at CKY, when I got my shot to be a PD at CKOM in Saskatoon, that’s the way I’d have to go. Hey, If I didn’t listen to the radio, who the hell would?

Hiring on-air characters worked out so well that I started thinking, “If characters on the radio can attract a large audience, what if the radio station had some character too? When I landed at CKSO in Sudbury, we turned the heat up by adding some unique promotions to the mix.
One of them was we brought summer to Sudbury by throwing a giant picnic by the town’s lake.
The picnic featured clowns, magicians, bands, and free food and then, at the stroke of summer, a bunch of Air Force Jets screamed across the lake right at us; whew! CFRA in Ottawa was where I began to texturize the music and write some storytelling promos using Roger Klein to talk about how great Ottawa was and, of course, our radio station. When they hired me at CFTR in Toronto, I realized that it was time to put it all together because this was Canada’s biggest market, and it was gonna take everything I had to put a dent in it.
We started by playing nothing but hit records, but the filter was they had to have the same texture as the music in Ottawa.

The promotions, the Great Rip-Off, and The Last Contest, were similar to the stuff we did at CKSO in Sudbury, and our billboard campaign was as controversial as we were. (See our billboard above stuck on Yonge street during rush hour, darn)

Most of the air staff on CFTR did most of the National commercials in Canada, so they knew how to be warm and smooth, but like in Saskatoon, we also had a couple of characters like Bob McCadorey and the Magic Christian to stir things up.

When we launched our new format, if nothing else, it sounded different than all of the other radio stations in Toronto. (It was later named Adult Contemporary and became the biggest radio format on the planet, and still is.) When I arrived in Indianapolis as Fairbanks Broadcasting’s new National PD, I figured out real quick that I had a few problems to overcome.
One of them was, how do you make WNAP more listenable without destroying its hip image?

At the time, they were playing a lot of unfamiliar AOR-type music, but we needed more listeners, so we had to make the music more familiar.
As we began evolving it by inserting the long versions of big top 40 hits into the music mix, we started making everything between the records hipper.

We also used our nickname, “The Buzzard,” a lot more than the call letters and also began adding some hip programming elements like the 25th Hour (Playing Led Zeppelin’s new album uninterrupted), the WNAP Raft Race (It rivaled the Indy 500, which after nine years had to be shut down because the traffic was so out of control you couldn’t drive anywhere in Indianapolis.

We also created a make-believe rock concert called Fantasy Park that sounded so real that hundreds of folks were driving around Indianapolis trying to find it.
As the station evolved, so did the Buzzard’s appearance. (see below)

Down the hall at WIBC,  not only did we have the best News Department and Jock staff in the state, but we also ran incredible promotions.
We raced Gary Todd and Chuck Riley around the world and then took some listeners with us to search for Santa Claus, the Fountain of Youth, and the Great White Shark when Jaws was so big, people wouldn’t even go in their pools.

While all this going on, as NAP got squarer, I was busy making WIBC’s music hipper. Meanwhile, In Boston at WVBF, we changed our name to F-105, and then we hired some outrageous jocks and started doing some strong promotions.
One of the better ones was a good one I got from my brother Reg back in Canada. It was called, “Show us a sign you want to win.”

Before long, there were F-105 signs everywhere. Folks running the Boston Marathon were wearing them; they were at all of our competitor’s events which was priceless, but my favorite was the one shown on the TV news.

The New England Patriots were playing at home and won the game in the last minute when Jim Plunkett threw a pass to his tight end in the endzone.
The best part was when the tight end had to leap high in the air right in front of a bedsheet that had a huge F105 on it to grab the pass. They showed it over and over again on TV.

The best promotion F-105 ever did, though, may have been when we retired WRKO on air and threw them a huge going-away party in the hippest club in town. It did them in. They changed their format to talk radio.

In Dallas, at KVIL, we had a unique problem that required a unique solution.
As I was arriving in Indy to start my new job, Fairbanks had just purchased Kay-Ville, but Jim Hilliard didn’t want to do a big launch until they combined the Dallas and Fort Worth rating books.

Unfortunately, we still had to operate the station, so what we came up with was “Build your own radio station.”
Hilliard liked it and said, “While you’re stalling, why don’t you use the music you did in Toronto, and I’ll get you some Heller Jingles from LA, oh, and you can use Riley to do your promos.

Talk about being unique and different; here we were in the jingle capital of the world, playing jingles that sounded nothing like the ones the other radio stations played.
Our promos were saying that 103.7 on the FM dial had been turned over to the people of Texas.

When the folks would call to tell us what to do, we’d make promos out of them.
Every Monday, we’d use one of the calls asking us to do what we were about to do.

Not only did KVIL turn out to be a great radio station, but it also launched my consulting career; more about that next week in Chapter 3. (When Character Gets Philosophical)

Radio Geo’s Media Blog is a politically incorrect inside look at Radio, TV, Music, Movies, Books, Social Media, Politics, and Life, primarily written with men in mind.
For a sneak peek at some upcoming Blogs or to see some that you may have missed, go to GeorgeJohns.com. On Twitter @GeoOfTheRadio. Sharing and/or commenting is appreciated. If you’d like to subscribe to Radio Geo’s Media Blog, simply send your name and email address to radiogeo@gmail.com.