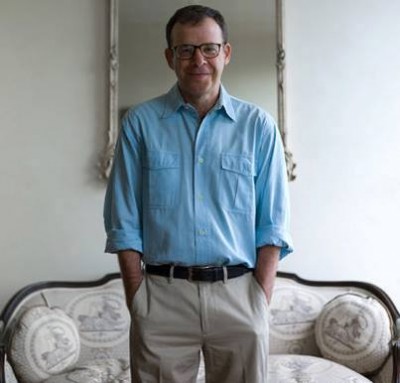 A couple of years ago while I was driving my daughter Cami back to Tampa for her sophomore year at USF, it took me back to the time I had to travel to New York on business where Cami’s sister Candis was a sophomore at NYU.
I’d already made arrangements with her for dinner that evening and also told her that my old friend Rick Moranis would be joining us.

Rick and I used to work together at CFTR in Toronto and he hadn’t seen Candis since she was a little girl and was looking forward to dinner and seeing how she had turned out.
Candis, who was also excited about dinner, begged me to let her boyfriend Luigi come along because as she said, Rick was his favorite actor. When I said that it would be ok and she told Luigi that he’d be dining that evening with Rick Moranis, he didn’t believe her and even when she told him that Rick was a good friend of mine, he just said, “Right, your Dad knows everybody, doesn’t he?”

When I arrived in New York that afternoon the weather was perfect, so when Rick met me at my hotel later that evening, we decided to walk to the restaurant. As we strolled along chatting about our Toronto days, Rick was so unpretentious that when people would pass us, they would do a double-take and stare at him for a moment before deciding that it couldn’t be him and keep walking.
Upon our arrival at the restaurant we discovered that Candis and Luigi were already seated, and when Rick gave Candis a big hug, Luigi’s jaw dropped to the floor. Candis told me later that until we walked through the door, Luigi thought that it was all just a prank.

What an unforgettable night. Rick entertained us with the inside stories about the making of Ghost Busters, Little Shop Of Horrors, Honey I Shrunk The Kids, Space Balls, My Blue Heaven, and countless others.
He claimed that the magic of Ghost Busters came from nervous energy that everyone felt on the set because, like him, most of the folks in the movie were writers so you never knew what was going to come at you.

He also told us that during the filming of Little Shop Of Horrors that it took a whole bunch of people pulling on several different ropes to make the plant appear to be alive. Unfortunately, because they couldn’t pull the lines fast enough they would have to double the speed of the playback so Rick had to move his mouth at half speed. When I asked him how the hell he managed to do that and act at the same time, he claimed that it was easy; they just put a guy behind the camera whose job it was to hold up my paycheck.
We talked a lot about movies, but Rick and I did get to reminisce a little about when he and I worked together at CFTR in Toronto, where Rick graciously told Candis that I was responsible for him being in show business. When your Dad put me on the radio, he said, “I knew right then that I had to pursue a career in show business, so I quit Medical School.”

When I asked him why he lived in New York instead of Hollywood, he said that he always thought of himself as a writer so he said, “I have to live where I’m inspired to write. In fact,” he told Candis, “I’m in the middle of writing a script about how strange the times were when your Dad and I worked together at CFTR. I want to show what the world looked like at the time through the eyes of all the crazy characters like Sandy Hoyt, Doc Harris, Roger Klein, Keith Elshaw, Sharon Henwood, Earl Mann, and The Magic Christian, who all worked there at the time.”

As the night came to close and Luigi still hadn’t touched his food or spoken a word, Rick leaned over to Candis and said, “It’s obvious that your boyfriend can’t speak, but can he at least sign?”
GEO’S LIFE-LINES
The word ‘no’ ignites my creativity.
It’s not about whether you fail or not, it’s about what you do about it.
If you can’t change it, don’t think about it.
To the World you’re only one person, but if you’re lucky, you may become someone’s whole World.
Louder don’t make it truer.

In the female’s quest for equality, they sure caught up in the terrible language department quickly, didn’t they?

Can CFOs tell the difference between the Monkees and the Beatles?

I think America should stand for more than being the World’s check writer.
If you don’t want to get run over, keep moving.
A lot of eastern Canadians remind me about some women I know, they’re experts on almost everything without having any skin in the game.
Shouldn’t we be getting an updated report on climate change, or is it so good that it’s not newsworthy?
Trump, I don’t think ever intended to be president, he just wanted to change the presidency because it was antiquated.
Why does America keep calling itself the greatest country in the World? I don’t hear any other country supporting our claim.
Speaking of America, I think it should stand for something more than being just a check writer.
I think the Beatles were even better than we thought they were.

Speaking of the Beatles, I wonder if John knew that “Hey Jude” was about his son, Julien.

Few artists ever become big enough to be known by a single name. Some that come to mind for me is Frank, Ella, Elvis, John, Paul, George, Ringo, Dion, Prince, Michael, Cher, Madonna, Garth, Willy, and Dolly. Who ya got?
Destiny can destroy us by either crushing us or granting us our wishes.
Speaking of destiny, if you believe in it, then you really aren’t free.
Forgiveness is the most unnatural of all human emotions.
The mission is always more important than the people involved unless it’s your family.
If you don’t think women are ruthless, threaten the nest.
Does anybody believe that Nancy Pelosi’s husband would allow her to hurt rich people?
All I know for sure is that the Corona Virus has created a few new billionaires.
The virus is so scary that even the looters are in lockdown.

I read that half of us are gonna come out of this virus thing as great cooks but the other half is going to have a drinking problem.

I think a barrel of oil and a roll of toilet paper are about the same price right now.
COMMENTS

Chet Tart: Thank You for helping me see the real imagination and influence of radio from the first letter you forget you wrote to me, to the days I spent with you in San Diego at KOGO, to the days WRMF where we ruled every rating book.  Now it’s the Happy Hour conversations. Thanks for the journey, George! (Help!)

Jack Schell:  Jack Schell: Hiya, George….uh…don’t get up…it’s only me. I get about two or three of your blog notices every day in the inbox. That’s cool. I get to see comments from Gardner, Bobo and many other of your broadcast pals. What fun! BTW, you wrote that “VALE” is a hot spot (along with ASPEN) for that special virus. I’m pretty sure you don’t mean Jerry Vale, Mr. Al Di La. So, it’s gotta be VAIL…we get it! Of course, with the WEIRD shut down of the ski season, fewer of the folks, you refer to as rich, might need to be quarantined. Also, cool. Bottom line, I wish ongoing good health to you AND all your fans…no kidding. (Legendary Status)

Geo: Always good to hear from you, Jack, and as always thanks for the read. Fixed the Vail blunder. (tough to put all the letters in the correct order when you’re typing this shit with one finger)

I met a pretty lady workin' near the beach Her name is Courtney but I think she's outta my reach. I'm...