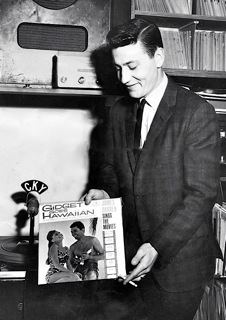 As my book draws to a close, the writing of it has made me realize that at some point and for an unknown reason, my life started to become magical. While growing up in Transcona and being told that the best thing that could happen to me was finding a decent job, I didn’t have many expectations. Also, realizing that I had no idea how to find any job let alone one I liked, I let my Dad talk me into becoming a sheet metal apprentice. However, becoming an apprentice meant attending boring classes at the Manitoba Institute of Technology.  In order to bring a little levity into my otherwise dismal life, I bought a guitar and started a band. Although I didn’t enjoy being a student at MIT, today it looks pretty impressive on my resume.
When the magical things started to happen, it quickly took me from feeling like a loser to sensing that there was absolutely nothing I couldn’t do. I wish I could say that I planned my work and worked my plan, but the magic just suddenly happened. Can you imagine how good it felt to hear Hal Ross from London Records say, (after listening to a demo of The Jury’s  “Until You Do”) “Hell I’ll release that!” Or, how about when I visited Mark Parr at CKY (pictured above), and he showed me how to run a radio board? That moment instantly turned me into the radio guy I still am today.

Hey, what if I’d walked into studio 30 seconds later and didn’t hear George Dawes (pictured above), say on the phone, “Thanks, but, no thanks”? Later, he revealed that it was CKOM in Saskatoon who had called looking for a PD. Before you knew it, the new PD was me.

What did Jim Hilliard (pictured above) hear on KVIL the day he called me from a phone booth to say, “Johns, we’ve got a shot man.” All of a sudden, all over Dallas, billboards went up promoting the incredible talent he authorized me to hire. The rest, as they say, is history. 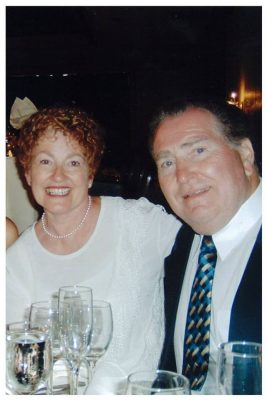 It would be easier to win the lottery than receiving a call as I did from my high school buddy, Jim Quail. (pictured above with his wife, Dianne) Jim called to say, “Georgie boy, I had no idea that you were such a big deal in States.” He went on to tell me that he was up late listening to a US talk radio station when he heard a caller say, “I’m calling you from a place that you’ve probably never heard of called Winnipeg.” Jim then said that the host had replied with, “Of course I’ve heard of Winnipeg, that’s where Neil Young, The Guess Who, and Bachman Turner Overdrive are from.” Jim claimed that he awakened his wife after falling off his chair when he heard the host say, “It’s also where George Johns, one of America’s biggest radio consultants, is from.”

When my daughter Candis and I dined in New York with Rick Moranis (pictured above), another magical moment occurred.
Rick, who had worked with me in Toronto, graciously told my daughter, “Candis your Dad was responsible for launching my career in show biz. Back when I was going to medical school and doing a little part time work as a board op at CFTR, he put me on the radio, and I quit medical school.” Don’t you just love it when your guys take care of you when your daughter is present? Thank you, Rick.

One evening, while having dinner with my CPA, Cindy Adair, she said, “Hey, you’re a radio guy, do you know who Delilah is? I love her show.” After replying that I did know Delilah, I asked if she would like to meet her. Cindy said, “I would love to meet her but isn’t her show syndicated out of Seattle?” Knowing that Delilah was in town making a personal appearance at the Woman’s fair, I responded with, “I can make it happen.” Upon our arrival at the Fair, we spotted Delilah out in the hall signing autographs. As we made our way up the side of the long line that had formed, I could tell that Cindy still doubted that I knew Delilah. However, after  I loudly sang out, “Hey There Delilah” and she responded with a huge grin while making her way over to us with outstretched arms, all doubt was removed. When I introduced Cindy to her, I said, “Delilah, this is my CPA Cindy Adair who keeps me out of jail.” Delilah said, “Cindy If George goes to jail, it won’t be his finances that send him there.” At that point, the crowd began chanting, “Back of the line, back of the line.” Delilah turned and said, “Hush, if it weren’t for this man, I’d never be syndicated.”
I’ve experienced many magical moments, but none of them compare to what I felt minutes after they were born, holding my daughters. I knew at that moment; I’d die for them. (see picture below)

When I was living in San Diego, occasionally I would travel to West Bank in Canada to visit my Mother....