Long before my radio career got started in Winnipeg, I played in a few bands along with the likes of some other Winnipeggers like Burton Cummings of The Guess Who, Randy Bachman of BTO, and also the legendary Neil Young.
I began first as a background singer in a vocal group called Shayne and The Devines based in my hometown of Transcona. However, not being much of a singer, I began recruiting some great players like Pete Proskurnik on sax, Gordy Duke on drums, Rolly Blaquiere on bass, his brother Lawrence on piano and we became The Rebel Raiders. The Rebel Raiders (see below left) played in all the Transcona community clubs but realizing that Rebel Raiders sounded a little too southern for a northern group, we changed our name to The Phantoms. (below middle) Next, we got Donny Burns to join us as our new singer (below right) and then started playing not only all over Winnipeg but also all over Manitoba and in the northern States. Unfortunately, we lost Donny to Arc Records in Toronto which meant that we needed to cut a new demo tape good enough to send to the local dance promoters and luckily two of CKY’s big Dee-Jays, Daryl ‘B’ and Chuck Dann had offered to help us out.
We’d since recruited Bruce Walker as our new singer, but because he was still a few more rehearsals away from being stage ready, we were only in the studio to cut some of our own instrumentals such as “Not Guilty.”

(Click on the photo of Shayne & The Devines to hear The Phantoms play “Not Guilty.”)” 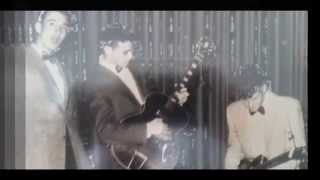 While waiting for Chuck and Daryl to set up, Bruce asked Terry and me if we could help him finish up a song that he was working on called “Until You Do” which maybe we could tack on at the end of the session.

(Click on the photo below to hear “Until You Do”) 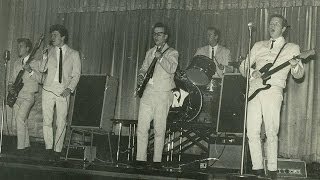 We’d gone into that session sounding like the Phantoms, but when we came out of it as The Jury, we had a whole new sound. The weird part is that I can remember every detail of that first recording session, but very little of those that followed. However, I’ll never forget Hal Ross of London Records saying after hearing, “Until You Do,” “Hell I’ll release that” and just like that, we became London Records newest recording artists.
The only thing that compared to Hal’s words was when a box of our new record finally showed up, we decided to drop a few off at CKY as we drove out of town to a gig. While listening to the radio as we left the Winnipeg behind, all of a sudden we heard Jimmy Darin say, “Here’s a CKY exclusive, Winnipeg’s own Jury with their new release, “Until You Do.” Wow, we almost blew the speakers out in the car and the only way to explain what it feels like to hear your record on the air for the first time is to say that it was better than sex.
When “Until You Do” began slipping down the charts, back into the studio we went and recorded my personal favorite, “I Tried To Tell Her.” 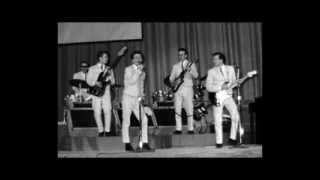 When we recorded “Back In My World” everything was changing, and before long, so would we.

(Click on the photo to hear “Back In My World”) 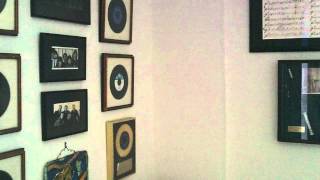 When “Back In My World” fell off the charts, we decided not only to change recording studios but also record companies, and our look. When we recorded “Please Forget Her” in Minneapolis, it became the #1 Canadian record in Canada which got us an American release on Port.

(Click on the photo to hear “Please Forget Her”) 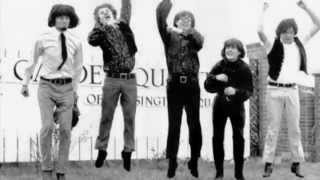 On the flip side of “Please Forget Her” was a tune called “Who Dat?” which was a totally a different sound for us which became a cult favorite. It was even covered by a punk band some twenty-five years later, and a recent magazine article claimed that it was fifty years ahead of its time. 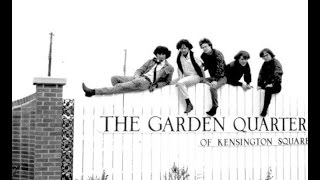 Playing with The Jury was a wonderful experience, but I turned out to be much better at radio. I was so busy doing radio that I never thought about my band days much, but when I got the call twenty years later that John Einarson, author of the book “Shakin’ All Over,” was putting a sixties band reunion together, I must admit that I got very excited.
I hadn’t seen my bandmates since I left The Jury, so I was looking forward to our own reunion at the 60’s reunion thing which was being held at the Winnipeg Convention Center. Not only was the event sold out, but it was also being shown on TV. Hey, when you’ve got Neil, Randy, and Burton on stage together, TV is always there.
That whole night was mind-boggling, especially when Randy and Burton strapped a Fender on me and pushed me out on stage saying, “It’s not The Jury without you man.” Miraculously all the chords of our tunes came back to me instantly but what I’m the happiest about is that we’re all still alive. Although I must admit that our look had changed somewhat as you can see in the pictures from below.